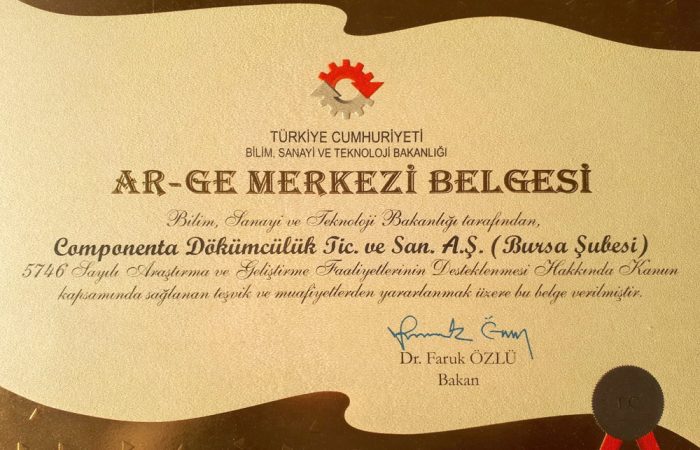 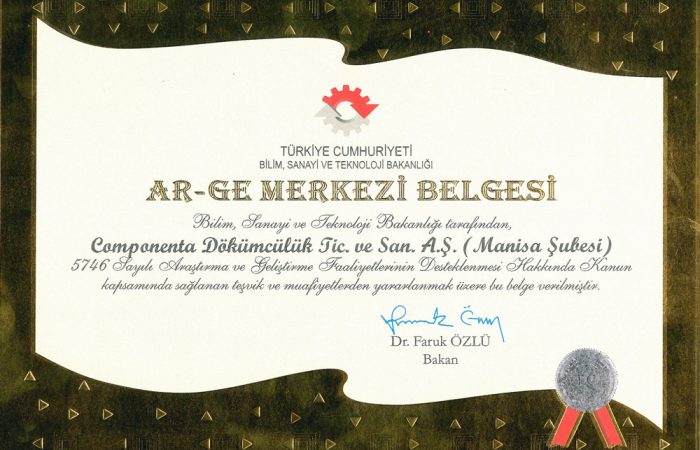 Döktaş Dökümcülük A.S is one of the important companies of our country with 2500 staffs working in both Orhangazi Iron Casting Plants and Manisa Aluminium plants. Our organization, which makes a turnover of 259 m € in 2017, ranked as 152th position among 500 companies and the first in Turkey based on Iron and Aluminium capacity. Our company, which ranks the first in export volume in Bursa, is in the sixth place in terms of creating employment in Manisa. Our company is in the fouth place in terms of producing alloy wheels. By 2016, the share of exports reached 80% within our production. Besides European countries, Orhangazi iron casting facility export to Japan, Argentina, Brazil and the United States. Manisa plants also export to Russia in addition to the countries mentioned above. Orhangazi plants produce all quality products of Grey, Nodular and Vermicular Iron and sell 23% of them as machined. Manisa facilities meet the needs of various sectors with a total capacity of 1,450,000 wheels per year and 14,000 tons per year with low and high pressure facilities.

Döktaş Dökümcülük Tic. Ve San. A.S. is one of the leading companies in both local and global market despite of the competition from western countries such as the United States, Germany, France, Italy as well as countries like China, India and Iran. Doktas’s Orhangazi and Manisa facilities were given R & D Center certificates according to law numbered 5746 on 11 September 2017. Our company brought desired result from the work initiated at Orhangazi and Manisa facilities at the same time and concluded with two R & D Center Certificates on the same day. Foundry factories in the USA and European countries where high technology is used on one side, the foundries of countries such as China, India and Iran, where cheaper labour and all kinds of environmental and occupational health impropriety are more backward compared to European countries. Our company, which is a leading company in Turkey and worldwide, has been dominating in our developing casting sector of Turkey with its R & D studies since 1995, and after that, more institutional research will be conducted in the support and control of the Ministry of Science, Industry and Technology.

As known, with the R&D Law No. 5746 adopted in April 2008 and the Law No. 6676 adopted in February 2016, the number of personnel employed in R & D Centers in many sectors including casting sector has been reduced to 15 Full Time workers and at the same time serious improvements have been made related to time spent outside. These changes have allowed R & D center applications which was not possible till 2008 in the foundry sector. According to the laws, it has been possible now for R & D personnel not only to participate the R & D departments, but also to be involved in projects in every part of the foundry and in laboratories. The foundry sector has been unable to benefit from the R & D Center incentives and supports for almost 10 years since the R & D induction furnace, the R & D molding line, the R & D Shot Blasting or only a laboratory working for R & D can not be established due to material constraints.It is expected that the number of our R & D Centers will increase rapidly due to the impact of Law No. 6676, which is accepted as the locomotive of our country by the new casting sector. In order to foundries earn the rightful place in the world, it is imperative for R & D to increase its level of importance. The number of publications, patents and useful models that the foundries have made should increase. Encouraging our young R & D engineers working in casting factories to make graduate and doctoral degrees will also increase the quality of three of them. Not only in technical matters, but also in planning, logistics and management, the recruitment of personnel in the country will increase the job opportunities of human resources in the world casting market“.

Our company started its activities with 50 R&D personnel at 2 R&D centers in each of the two facilities separately. The aim of R & D departments is to cooperate with universities and other institutions and organizations under the Corporate R&D framework, to create new business opportunities by utilizing all the possibilities of technology and to bring new materials and technologies to our country and company. Patents, utility models, publications, books and other sources are some of our other goals to bring to our country’s casting sector. The importance of education will continue to increase, and joint collaborations and projects will become even more important especially in universities. Our aim is to portray Doktas as an example of knowledgeable and experienced company in iron casting and Aluminum sector of our country and to establish as one of the leading companies in the sector while maintaining

R & D Centers to be established according to current R & D laws;

Projects supported by Tubitak are particularly recommended, and industry and university partnerships always gets benefitted from incentives and supports.

This law, which encourages the employment of qualified employees, will contribute to the increase in the number of our facilities producing qualified rims and castings on European scale, as a result of better understanding of our country’s aluminum wheels, aluminum casting and iron casting sector and increasing number of R & D centers.